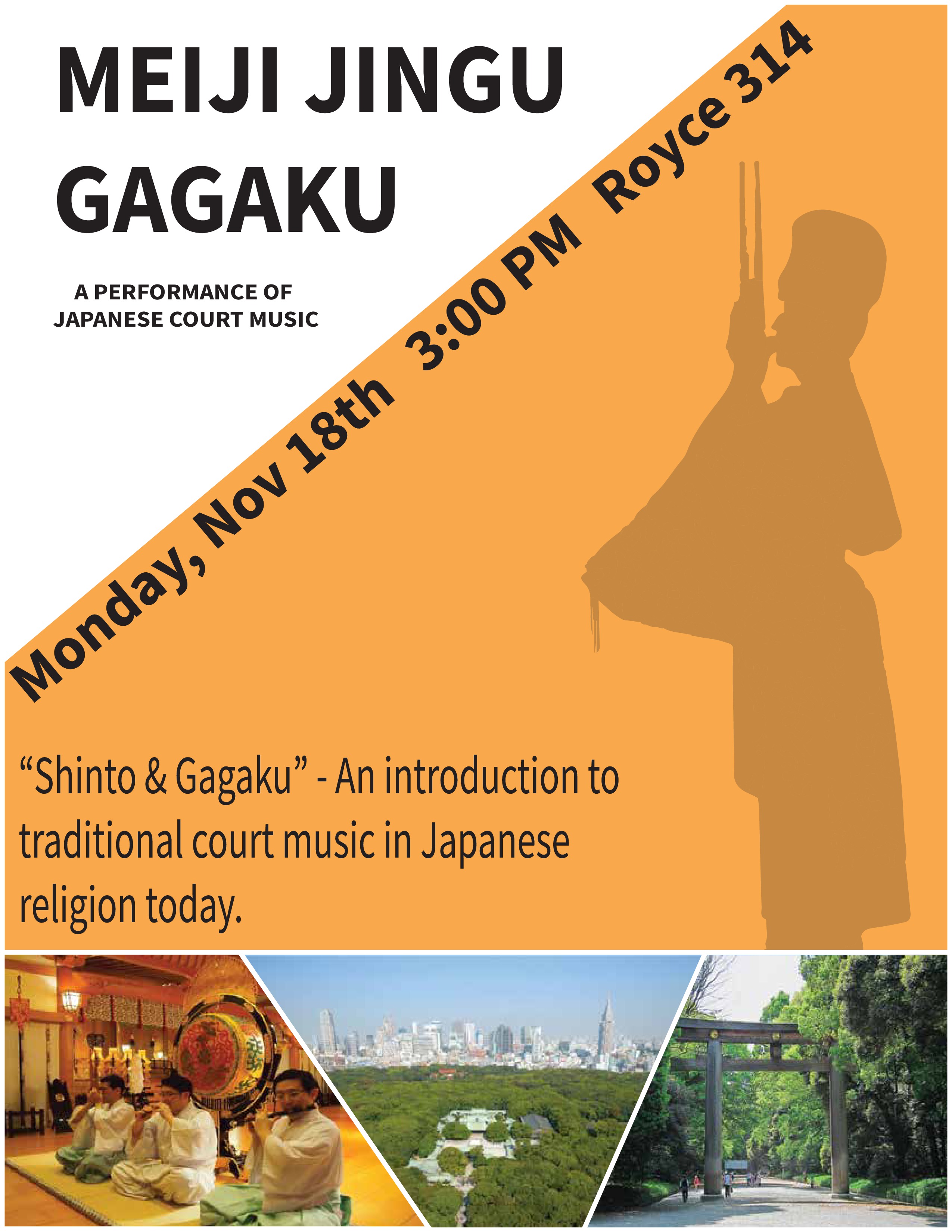 Please join us for an introduction to Shinto and a performance of Gagaku music by a wind instrument ensemble from the Meiji Jingu Shrine.

Moriyasu Ito, a Shinto officiant (negi) and the chief of the intercultural section of the Meiji Jingu Intercultural Research Institute, first will present an overview of Shinto in Japanese culture. Gagaku, a traditional style of music dating from the 7th century, illustrates the links between Shinto and Japan’s cultural traditions. At the conclusion of his presentation Ito (on the reed pipes, sho) will be joined by Atsuyoshi Tori (on the transverse flute, ryuteki) and Hiroyuki Otaki (on the double reed flute, hichiriki). They will not only introduce the principles and techniques of this music, but also perform a variety of melodies.

Co-sponsored by the Terasaki Center for Japanese Studies