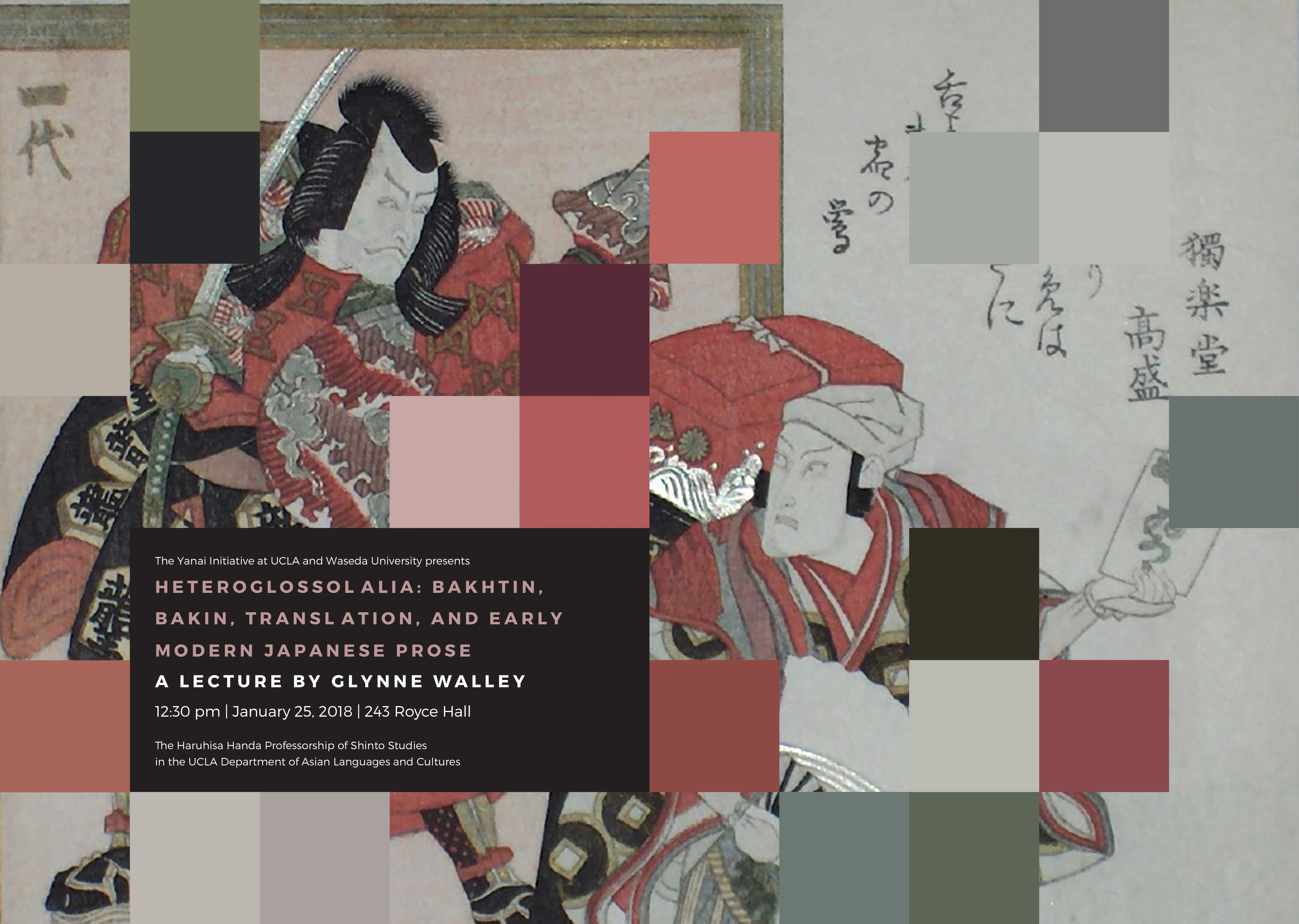 The Yanai Initiative at UCLA and Waseda University presents

a lecture by Glynne Walley

Glynne Walley will discuss significant features of the prose style of early modern Japanese novelist Kyokutei Bakin, as well as some approaches to translating him, in light of Mikhail Bakhtin’s concept of heteroglossia.  Bakin’s prose constitutes a perfect example of what Bakhtin posited as the multi-tongued nature of novelistic discourse.  This is a challenge for the translator who wishes to emulate the style of the original;  the challenge is compounded by a further implication of Bakhtin’s idea of heteroglossia, the implication that no speaker is fully in command of the language being spoken.  The latter condition brings all speakers perilously close to the condition of glossolalia, or speaking in tongues;  which is, in a manner of speaking, the translator’s task.

Glynne Walley is Assistant Professor of Japanese Literature at the University of Oregon. He received his PhD from Harvard University in 2009. He specializes in popular fiction of the late 18th and early 19th centuries, and is currently working on a book-length study of Eight Dogs (Hakkenden), a masterpiece of the early 19th century Japanese novel. He has also translated several works of contemporary Japanese popular fiction, including Suzuki Kōji’s Ring series.

Co-hosted by the Terasaki Center for Japanese Studies

and the Haruhisa Handa Professorship of Shinto Studies in the