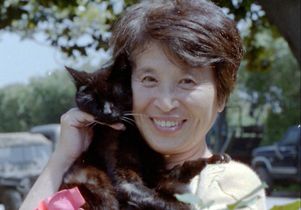 Known for her four-decades-long research on syntax, semantics and pragmatics, professor Akatsuka came to UCLA from the University of Chicago in 1981 and faced the challenge of designing a graduate program in Asian linguistics that needed to be both academically rigorous and broadly attractive to prospective students.

During her career, Akatsuka also redesigned the Japanese language program that she had inherited at a time when interest in Japanese was just beginning.

Her colleagues recalled that, from as early as the 1980s, Akatsuka instituted an implicit “Day 1″ philosophy in her elementary Japanese classes, requiring that all newcomers heard and spoke only Japanese. These students began to read and write in Japanese, thanks to her creative mnemonic graphics for the Japanese syllabaries.

Akatsuka exuded a passion and energy that inspired many of her students to pursue majors, minors and graduate degrees in these fields, her colleagues and former students said. In 1995, Akatsuka received the Harriet and Charles Luckman Distinguished Teaching Award, one of UCLA’s highest faculty honors.

Her colleagues said they will remember her not only for her scholarship, teaching and mentoring, but her kindness and hospitality in opening of her West L.A. home to them, students and friends for social gatherings as well as departmental meetings.