The Yanai Initiative Develops an App 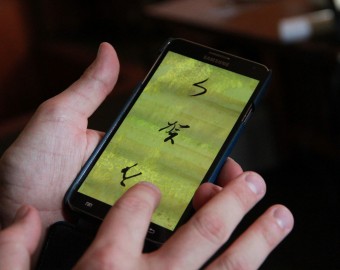 Can a new app that takes a scholarly yet playful approach to studying calligraphy help students learn to read classical Japanese texts the way people in 11th century Japan did?

That’s what Michael Emmerich is counting on as he joins forces with scholars at one of Japan’s best universities, Waseda University in Tokyo, to develop and launch a new app, called the Hentaigana App, now available for Google’s Android and Apple’s iOS systems. It became Appbrain’s No. 1 most downloaded app in the free educational category the day after it was released last month .