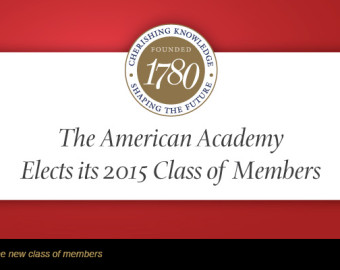 Professor Gregory Schopen has been elected as a member of the American Academy of Arts and Sciences.  Professor Schopen joins the company of notable members, including founders John Adams, James Bowdoin, Benjamin Franklin, Thomas Jefferson, and George Washington.

Schopen is an authority on Indian Buddhist monastic life and the early history of the Mahāyāna tradition of Buddhism, which is the most widely practiced form of Buddhism today. In 1985 he received a MacArthur grant for his work. Many of his articles have been published in three volumes dedicated to his work: “Figments and Fragments of Mahayana Buddhism in India” (University of Hawai’i Press, 2005); “Buddhist Monks and Business Matters” (University of Hawai’i Press, 2004); and “Bones, Stones and Buddhist Monks” (University of Hawai’i Press, 1997). In 2009, he was selected by the UCLA Academic Senate to give a UCLA Faculty Research Lecture, which is the highest honor UCLA faculty bestow on their peers. Schopen has been on the faculty of UCLA’s Department of Asian Languages and Cultures since 1999.

For more information, please visit the American Academy of Arts and Sciences and on UCLA Newsroom.