Charlotte Pu is a PhD student specializing in modern Chinese literature and media culture. She is broadly concerned with the intersection between media production, circulation, urban spatiality, and class formation in modern China. Her previous research focused on how urban ruination, shifting between the material and the spectral, functions as a space of mourning, documentation, and emergent reinventions in the post-socialist Chinese mediascape. In her doctoral studies, she aims to further investigate the transgressive potentiality of polyphonous media practice at moments of historical rupture. Her other research interests include contemporary East Asian televisual and digital culture, fan economy, and its consequent production of popular intimacies.

Prior to joining UCLA, she received her B.A. and M.A. in East Asian Languages and Cultures from Columbia University, and has worked in Beijing as a reporter and media researcher. 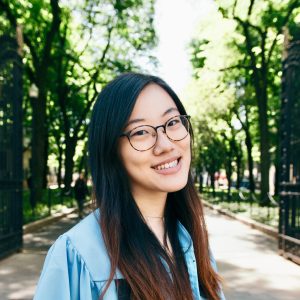