Sung-Ock S. Sohn (Professor at the Dept of Asian Languages and Cultures, UCLA) has been teaching Korean language and linguistics at UCLA since 1988 . As coordinator of the Korean language program at UCLA, she oversees one of the largest Korean programs in North America, and supervises undergraduate, as well as graduate students majoring in Korean linguistics.

She received her master’s and doctorate degrees in linguistics at the University of Hawaii . She received UCLA’s Distinguished Teaching Award in 1997.

Her research area includes functional/cognitive linguistics, grammaticalization, discourse and grammar, and language acquisition among others

She is the author/co-author of six books including Integrated Korean (University of Hawaii Press) and Tense and Aspect in Korean. She has also published more than sixty articles on Korean language and linguistics. Her recent publications include The Role of Frequency and Prosody in the Grammaticalization of Korean -canh- (2010) in Grammaticalization and Grammar (by John Benjamins) and Expanded Responses of English-speaking Korean Heritage Speakers During Oral Interviews (2011, co-authored with J.-E. Park and S.-H. Lee) in L2 Learning as Social Practice: Conversation-analytic Perspectives. 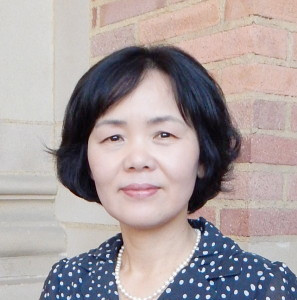