Skip to main content
Home » Events » The Yanai Initiative at UCLA and Waseda University presents Out of Sight, Out of Mind: Pacification, Offering, and Burial in Early Japanese Buddhism a lecture by Akiko Walley

The Yanai Initiative at UCLA and Waseda University presents Out of Sight, Out of Mind: Pacification, Offering, and Burial in Early Japanese Buddhism a lecture by Akiko Walley 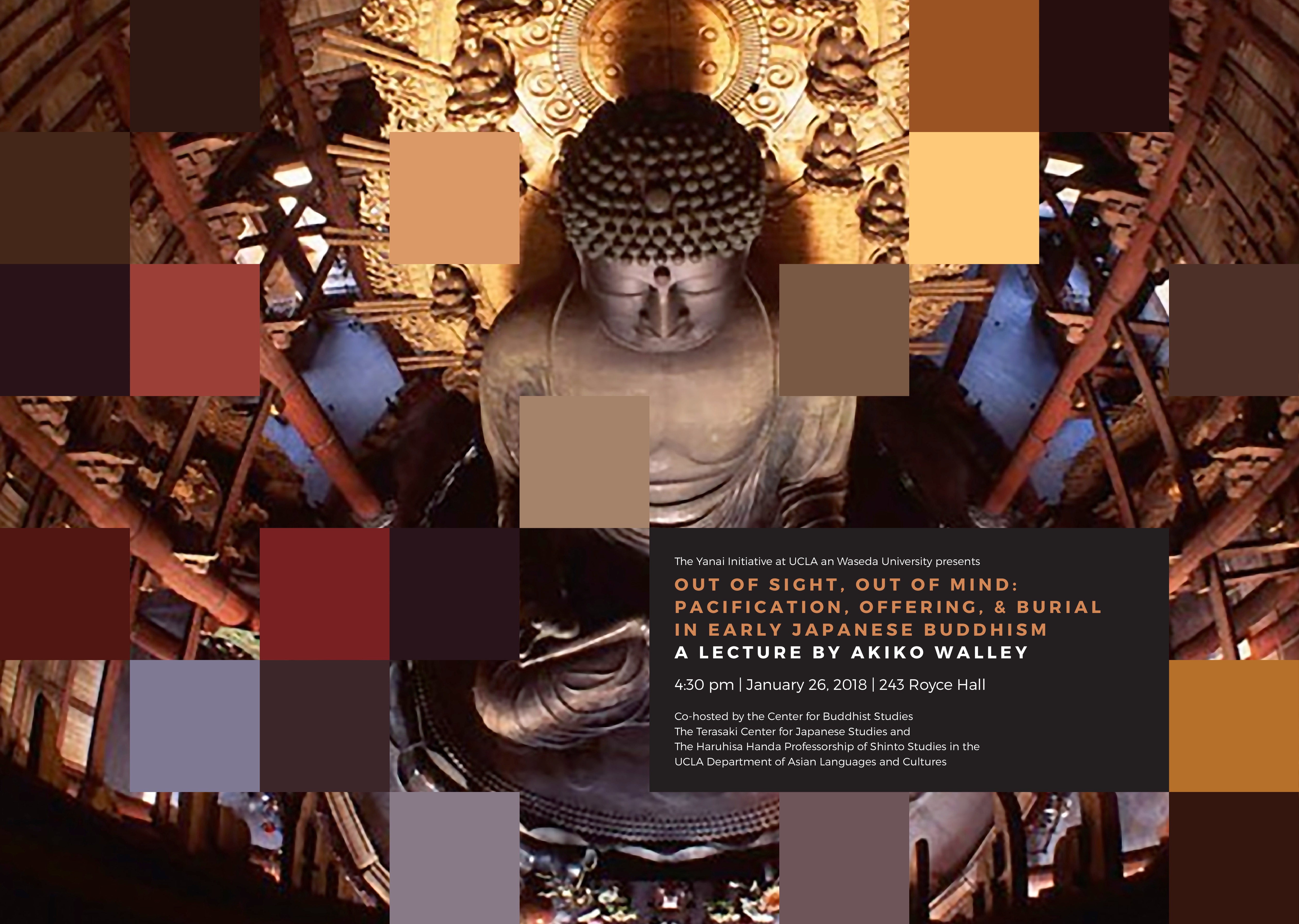 In 1907, three sets of eighth-century objects were discovered from underneath the bronze pedestal of the seated Vairocana Buddha in the Great Buddha Hall, Tōdaiji, Nara prefecture. The objects were initially identified as examples of “platform pacifying objects” (chindangu), but their actual function has been debated since the 1970s. Tōdaiji was conceived of as the main temple for the nascent Chinese-style centralized government, and its construction was an undertaking of unprecedented scale. The central Vairocana Buddha, completed around 752 CE, was the largest and most technically advanced statue ever to be built on the Japanese archipelago. The fact that the Tōdaiji objects were found beneath the pedestal, placed strategically around the statue, suggests that they were more intimately tied to the central Buddha than typical platform-pacifying objects. This presentation reconsiders these Tōdaiji objects within two distinct praxes: the preceding and contemporaneous practice of ritual burial; and the emerging practice of caching objects inside a statue (zōnai nōnyūhin 像内納入品). It is well known that in the latter practice, the space inside a Buddhist statue would be conceptualized as a place to deposit offerings; this presentation will demonstrate that that space beneath the surface (in this case, inside a platform) similarly served as a type of portal that allowed a devotee to access the realm of the divine through the mediation of buried offerings.

Akiko Walley specializes in Japanese Buddhist art of the seventh and eighth centuries. Focusing on the incipient period of the religion, her research aims to more precisely articulate the process in which a foreign idea or belief system takes root in a community. Walley teaches a wide range of courses on Japanese art from prehistoric to contemporary times at the University of Oregon.

Co-hosted by the Center for Buddhist Studies

The Terasaki Center for Japanese Studies and

The Haruhisa Handa Professorship of Shinto Studies in the