Huijun Mai is a scholar of pre-modern Chinese literature and culture. As a specialist in Chinese literature of the middle period (broadly 220–1300) with a training in material culture and intellectual history, she takes interdisciplinary approaches to look at the intersections between literature, material and visual culture, and the history of knowledge and thought. In her research, she is particularly concerned with the issue of canonization — the relations between high/elite literature and writings that were frown upon as low-brow, literary conventions and innovations. She writes on topics ranging from the writing of the everyday, the senses, the poetics of space, to medieval sino-Japanese poetic and material cultural exchanges that occurred along with Buddhist monastic and commercial transactions during the thirteenth to fifteenth centuries (also known as literature of the Five Mountains). Her current book project, tentatively titled “Thinking Things: The Material Turn in Song (960–1279) Literary Culture,” examines the rise of material culture in the literary discourse during the eleventh to thirteenth century and how that redefined the boundary of literature.

“The Double Life of the Scallop: Anthropomorphic Biography, Pulu and the Northern Song Discourse on Things,” Journal of Song-Yuan Studies, vol.49, 2020. 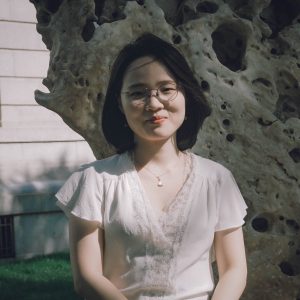