Junko Yamazaki joined the department in the fall of 2017. In her research and teaching, she explores questions of film and media aesthetics as part of larger historical transformations of the conditions of cultural production and exchange, modern technological media-making practices, and forms of sociality and subjectivity. An interdisciplinary scholar by training (a joint PhD in cinema & media studies and East Asian studies), she also strives to situate her study of cinema in the broader intellectual and aesthetic traditions and debates.

It was her interest in the relationship between cinema and modernity, film spectatorship and hermeneutic practices, and diegesis and film’s historicity that inspired her research on a popular form of period film known as jidaigeki. She is currently working on a book manuscript on jidaigeki’s relation to postwar Japan’s lived present. Her article on jidaigeki musical, “Calico-World in Pastel Colors: The Aesthetics of Gender in 1950s Toei Jidaigeki” will be published in A Companion to Japanese Cinema (David Desser Ed., Blackwell).

Her research interests also include other media and art forms. She participated in the inter-university workshops on the early postwar “politics and literature” debate in Japan, and her annotated translations of Ara Masato’s “Second Youth” (with William H. Bridges IV) and Hirano Ken’s “An Antithesis” have been published in The Politics and Literature Debate in Postwar Japanese Criticism (Atsuko Ueda, Michael K. Bourdaghs, Richi Sakakibara, & Hirokazu Toeda, 2017). She is also preparing an article on postwar avant-garde composers’ engagement with the film medium, and the ways in which the specific economic conditions and institutional setting and practices fostered a vibrant film music culture in 1950s and 1960s Japan.

She is committed to exploring and extending the role of film and other art forms in intellectual life beyond academia. In addition to organizing a conference and various workshops, she has also organized a wide range of public events and had the opportunity to collaborate with various local and international organizations, artists, curators, scholars, and filmmakers (e.g. “From Silence to Pandemonium: Art Theatre Guild and Japanese Underground Cinema, 1962-1974” in 2013; “Collective Documentary Filmmaking in East Asia: Legacies and Developments” in May 2015).

In ALC, she is looking forward to offering courses on various topics ranging from spectatorship in Japanese cinema, contemporary media theories in Japan, gender and sexuality in Japanese media and ‘action’ genres across media platforms and national boundaries. 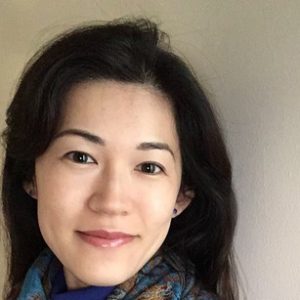