Before coming to UCLA, Kun Xian Shen received a MA in Foreign Languages and Literatures from National Taiwan University with a graduate thesis on the films of Burmese Chinese director Midi Z (Zhao De-yin). Prior to that, he had also studied as an exchange student at UC Berkeley for a year with the support of the Study Abroad Programme for Future Scholars in the Humanities and Social Sciences, funded by the Ministry of Education and Academia Sinica in Taiwan.

At UCLA, he hopes to develop his research interests at the intersection between Sinophone studies, Taiwan studies, as well as film and media studies. Specifically, he attempts to push at the borders of these fields by considering the materiality, mediation, and networks of Sinophone media cultures, including sound and popular music, film festivals, and languages in cinema. His experience as a frequent contributor to the film review journal Funscreen (in Chinese) published by Taiwan Film Institute continues to support his passion for films. 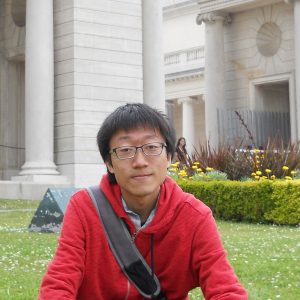