Michael Emmerich’s scholarly interests in Japanese literature range from the classical, court-centered prose and poetry of the Heian period to the popular printed fiction of the early modern age, and on from there to the prose fiction of modern and contemporary times. His engagement with the literary products of these diverse periods is informed by a sensitivity to the material and visual forms that writing takes, and by an academic commitment to translation studies with its potential for approaching literature in a manner relatively unconstrained by linguistic and temporal boundaries, both among and within nations. His book The Tale of Genji: Translation, Canonization, and World Literature (Columbia University Press, 2013) examines the role that translations of Genji monogatari (The Tale of Genji) into early-modern and modern Japanese, and into English and other languages, have played in creating images of the tale over the past two centuries—reinventing it as a classic of both national and world literature. He is currently working on a project that explores the concept of “translation” as it relates to Japan and to various forms of the Japanese language

Emmerich’s research has been generously supported by a number of grants, including a Fulbright Scholarship and an Andrew W. Mellon Fellowship in Humanistic Studies. He was also the recipient of a postdoctoral fellowship at Princeton University’s Society of Fellows in the Liberal Arts, from 2008-2009.

In addition to his many publications in English and Japanese on early modern, modern, and contemporary Japanese literature, Emmerich is the author of more than a dozen book-length translations of works by writers such as Kawabata Yasunari, Yoshimoto Banana, Takahashi Gen’ichirō, Akasaka Mari, Yamada Taichi, Matsuura Rieko, Kawakami Hiromi, Furukawa Hideo, and Inoue Yasushi. He is also the editor of two books for students of the Japanese language: Read Real Japanese: Fiction and New Penguin Parallel Texts: Short Stories in Japanese. 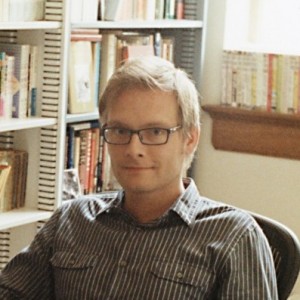