Oona Paredes is a Southeast Asianist specializing in the ethnographic and archival study of the southern Philippines, in particular its indigenous non-Muslim minorities known collectively as the Lumad. To date she has worked primarily with the Higaunon Lumad of northern Mindanao, with a comparative look at the experiences of other indigenous minority groups regionally and globally. At UCLA she teaches classes on Southeast Asia, Indigenous Peoples, and the Philippines.

In 2017, she was appointed inaugural Strom Visiting Professor of the Department of History at the University of Toronto. Previously, she was Assistant Professor in Southeast Asian Studies at the National University of Singapore. Her past fellowships and grants include awards from the Wenner-Gren Foundation, the Firebird Foundation for Anthropological Research, Henry Luce Foundation, and the American Association of University Women. She was also a Graduate Research Fellow of the U.S. National Science Foundation from 1996 to 1999.

B.A., Anthropology with a Minor in History, University of Hawai`i at Manoa

Oona is an anthropologist and ethnohistorian by training, and she studies the cultural and historical intersections of religion, politics, and identity, especially the ways in which minority “tribal” communities interact with state power and popular culture. Her current field research project looks at traditions of political authority in the modern Philippine state in an indigenous minority group (the Higaunon Lumad) and how this authority articulates with oral traditions (encompassing both customary law and indigenous religion) to reflect acute internal concerns about identity, indigeneity, and cultural heritage preservation.

Her earlier archival research documented the extensive colonial-era contact between Iberian missionaries and the ancestors of today’s Lumad peoples, and analyzing the enduring cultural imprint of Western colonialism and Christianity on what was long presumed to be “uncontacted” peoples. Her first book, A Mountain of Difference (2013), frames this significant cross-cultural encounter as a distinctly pericolonial experience, in which various Lumad communities actively and strategically incorporated colonial alliances at the outer edges of claimed colonial territory, beyond the direct reach of Spanish power, for nearly three centuries.

2022    “More Indigenous than Others: The Paradox of Indigeneity among the Higaunon Lumad,” SOJOURN: Journal of Social Issues in Southeast Asia, forthcoming.

2017    “Projecting Order in the Pericolonial Philippines: An Anthropology of Catholicism beyond Catholics,” The Australian Journal of Anthropology 28(2): 225-241. 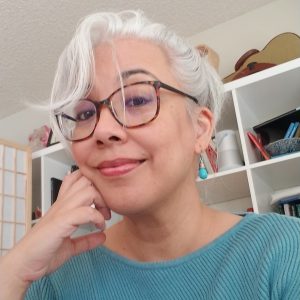