Dr. Takashi Nakajima is a Professor of Japanese Literature at Waseda University. In particular, he focuses on the works of Ihara Saikaku and Ukiyo zōshi texts, but he also examines short stories and haikai in the Danrin tradition of the seventeen to eighteen century. The early-modern period (1603-1868) is thought of as a period when print culture is re-invented, and it is from this point of view in which he approaches the study of the history of Japanese literature. In addition, he also approaches his research on the beginning of the early modern period by incorporating a bibliographical, cultural, textual, theoretical, and various other methods in order to have a more completed overview and understanding of the culture of this time period.

Dr. Nakajima is not only an accomplished researcher but he is also a well-published short novel writer who bases his stories in the setting of the early modern period. His acclaimed work Kuruwa no Yoemon hikaechō, has also won the Shōgakkan Publishing Award for short novels (Shōgakkan bunko shōsetsu shō). 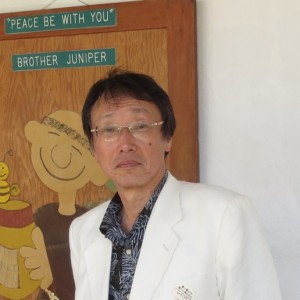