Yinghui Wu specializes in the study of Chinese literature and culture of the late imperial period (also known as the Ming-Qing period, 1368-1911). In her research, she is particularly interested in how changing practices of producing and consuming vernacular and popular literature participated in the larger cultural transformations of late imperial China. Her current book project, Reading Drama in Seventeenth-Century China: Between Text, Image, and Sound, examines woodblock-printed plays as the nexus of new publishing and reading practices, demonstrating how they constructed the literary, visual, musical, and playful dimensions of drama as interconnected and gave rise to a multifaceted culture of reading drama. This reading culture closely engaged readers with intellectual debates, visual culture, singing practices, and playful entertainment of their era, and profoundly shaped expressions of self and community, taste, and passion that were distinctive to the seventeenth century.

She has published on topics such as playful eight-legged essays as commentary and parody of popular plays, representations of emotions in late Ming pleasure quarters, etc. She is the co-editor of Emotions in Non-Fictional Representations of the Individual (1600-1850): Between East and West, a volume of essays that explore the distinct representations of emotions and passions in conventionally understudied genres such as journals, memoirs, conduct manuals, and correspondences in early modern Asia and Europe. She has recently finished an article on generic figures as a link between woodblock illustration and commercial paintings and the cultural impact of the recycling of those figural motifs. She is also in the early stages of a second book project, which examines how plagues, natural disasters, and war were represented as catalyzing changes in family relationships in late imperial Chinese literature.

Co-edited with Malina Stefanovska and Marie-Paule de Weerdt-Pilorge. Emotions in Non-Fictional Representations of the Individual, 1600-1850: Between East and West. London: Palgrave Macmillan, 2021.

“How to Manage Emotions in ‘The Classic of Whoring’.” In Emotions in Non-Fictional Representations of the Individual, 1600-1850: Between East and West, ed. Malina Stefanovska, Yinghui Wu, Marie-Paule de Weerdt-Pilorge. London: Palgrave Macmillan, 2021. 95-111. 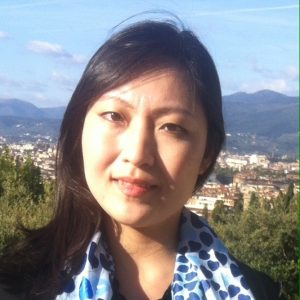