Hartmut Scharfe, ALC Professor Emeritus, is featured on The Hindu’s literary review, A Man of Languages 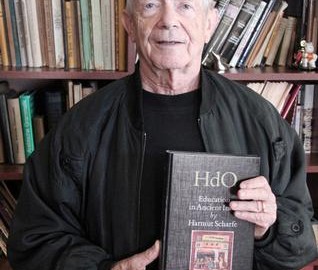 The author of four books on Sanskrit and a passionate admirer of Panini, the ancient Sanskrit grammarian, Scharfe developed a fascination for ancient India and its systems as a teenager.